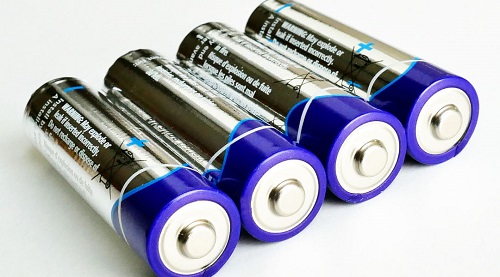 Wireless energy sources are becoming increasingly important to modern life, with batteries constantly being adapted and improved to power electronic devices with high performance and minimal encumbrance. Unfortunately, there is still no “miracle battery” that combines all the desired properties of high energy density, light construction, safe handling, and many thousands of charging cycles.

Now, researchers at the University of Texas at Austin have reported in a recent paper published in Advanced Materials that they have built a completely new type of battery that combines the many benefits of existing battery concepts while eliminating their key shortcomings. The researchers have created what they call a “room-temperature, all-liquid-metal battery,” which combines the best of liquid- and solid-state batteries.

Today, alkali metals such as lithium, sodium, or potassium are regarded as the most promising electrode material to achieve high energy density. However, the deployment of alkali metals is compromised by large volume change, serious, damaging crystal growth, and electrolyte decomposition.

The introduction of liquid metals offers a promising approach to eliminating the issues with alkali metals, however, their high operating temperatures pose obvious problems.

In the current study, a team led by University of Texas at Austin Professor Guihua Yu developed a room‐temperature liquid metal battery employing a sodium-potassium alloy anode and gallium-based alloy cathode. Compared with lead and mercury based liquid metal electrodes usually used to offset the high-temperature problem of liquid-metal batteries, these alloys are non-toxic and environmentally benign.

The metallic electrodes in the team’s battery remained liquefied at 20 °C (68 °F), the lowest operating temperature ever recorded for a liquid-metal battery, according to the researchers.

“This battery can provide all the benefits of both solid- and liquid-state, including more energy, increased stability, and flexibility, without the respective drawbacks, while also saving energy,” stated lead author of the paper Dr. Yu Ding.

Due to the liquid components, the novel battery can be scaled up or down easily, depending on the power needed. That flexibility allows these batteries to potentially power everything from smartphones and watches to large grid applications.

The researchers have been working on this project for more than three years, but the work is not yet finished. Finding an alternative to the expensive gallium that can provide the same performance remains a key challenge. In addition, the researchers point out that it may be possible to produce a battery with even lower melting points using materials they had not considered so far.