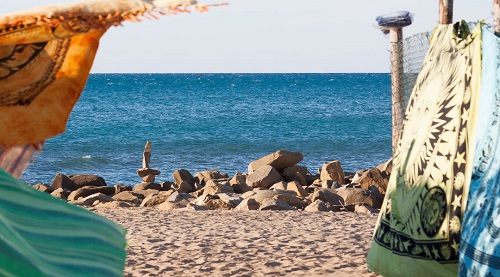 They do, however, suffer from low energy density (not to be confused with power density). An electric car with a supercapacitor onboard could be quickly charged, but unfortunately, it would only drive a few kilometers as their energy density is only about 5% compared to current lithium-ion batteries.

Supercapacitors are still used in solar power systems and wind turbines, and electro-mobility, and serve as buffer storage during peak loads to bridge short-term power failures; by recuperation or to supplement conventional batteries.

A supercapacitor device is composed of four main components: electrodes, separators, electrolytes, and current collectors. Among them, electrodes and electrolytes are pivotal, which directly determine the electrochemical behavior of the supercapacitors, and the fabrication cost of these components account for the major part of the device manufacturing cost.

“The selection of the electrolytes for the supercapacitors is one of the major tasks because the electrolyte should possess properties such as good chemical stability, wide operating potential window, high ionic conductivity, high wettability, and a wide range of operating temperatures,” said Navakanth Vijay Challagulla, lead author of a recent study published in Energy Technology. As part of a research group at the International Advanced Research Centre for Powder Metallurgy and New Materials (ARCI) in Hyderabad, India, Challagulla and his colleagues were seeking to create eco-friendly and economic electrolytes for commercial supercapacitor applications.

“It is well known that seawater is a good electrical conductor, and it can be served as a good electrolyte,” he added. Salt water batteries have been identified as an innovative concept in the field of rechargeable batteries.

In their study, the ARCI researcher team aimed to produce simple, low-cost, environmentally friendly, and sustainable supercapacitor devices that use carbon fiber electrodes derived from industrial cotton waste. The electrochemical behavior of the supercapacitor electrodes with different electrolytes was investigated and compared with natural seawater as an economic and sustainable electrolyte.

“Recently, our research group has demonstrated the integration ofa solar panel with a supercapacitor as an energy conversion and energy storage device, and we found that integrated solar supercapacitor showed excellent performance,” said Challagulla. The team decided to combine the supercaps with solar cells, because “the fluctuating intermittent nature of the solar irradiation creates a major hurdle for the continuous utilization of the solar energy.”

The results of the study clearly proved the feasibility of seawater as natural electrolyte for supercapacitor devices, which may replace the existing aqueous-based electrolytes. Surprisingly, the seawater-based supercapacitor exhibits a very good durability, with up to 10 000 charge–discharge cycles with 99% of capacitance retention and 99% of coulombic efficiency.