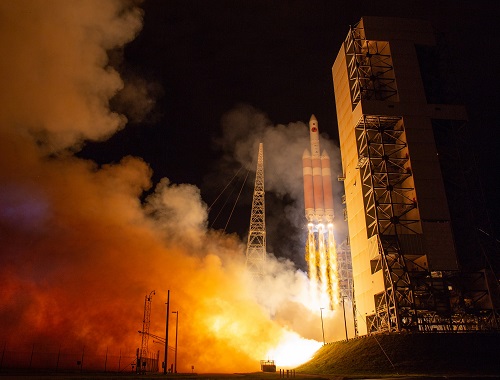 The Sun contains 99.8 % of the mass in our solar system. Its gravitational pull is what keeps everything here, from tiny Mercury to the gas giants to the Oort Cloud, 186 billion miles away. But even though the Sun has such a powerful pull, it’s surprisingly hard to actually go to the Sun: It takes 55 times more energy to go to the Sun than it does to go to Mars.

Why is it so difficult? The answer lies in the same fact that keeps Earth from plunging into the Sun: Our planet is traveling very fast — about 67,000 miles per hour — almost entirely sideways relative to the Sun. The only way to get to the Sun is to cancel that sideways motion.

Though it’s shedding sideways speed to get closer to the Sun, the probe will pick up overall speed, bolstered by Sun’s extreme gravity — so it will also break the record for the fastest-ever human-made objects, clocking in at 430,000 miles per hour on its final orbits.

Gain insights from the surface

The spacecraft will transmit its first science observations in December, beginning a revolution in our understanding of the star that makes life on Earth possible. The mission’s findings will help researchers improve their forecasts of space weather events, which have the potential to damage satellites and harm astronauts on orbit, disrupt radio communications and, at their most severe, overwhelm power grids.

Parker Solar Probe will set its sights on the corona to solve long-standing, foundational mysteries of our Sun. What is the secret of the scorching corona, which is more than 300 times hotter than the Sun’s surface, thousands of miles below? What drives the supersonic solar wind – the constant stream of solar material that blows through the entire solar system? And finally, what accelerates solar energetic particles, which can reach speeds up to more than half the speed of light as they rocket away from the Sun?