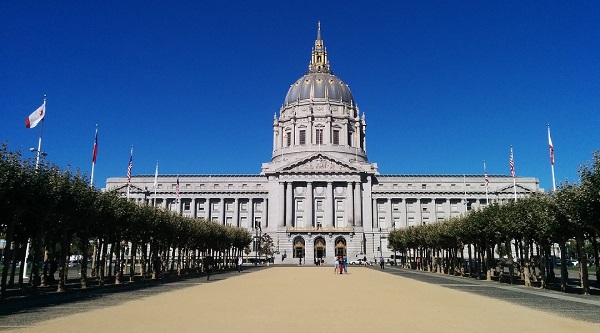 The ring of fire is a volcanic belt that surrounds the Pacific Ocean on three sides where about 90% of the world’s earthquakes occur. Earthquake-proof houses can protect the people in this area, however, earthquake-proof construction is complicated and accordingly expensive. Scientists at the University of Exeter have now found a promising way to improve existing dampers, making them affordable for the people in the riparian states.

So far, seismic isolation of structures is achieved by elastomeric isolators (EIs) with alternate layers of steel called SREI, which are stiff vertically, yet flexible horizontally and decouple the structure and its foundations. The concept of interposing those devices is known as base isolation and enables structures to survive potentially devastating seismic events.

However, at present, the use of base isolation technology is restricted primarily to strategic buildings, such San Francisco’s City Hall, due to the high costs associated with their manufacturing, shipping, handling, and installation. To extend the use of this technology to residential and commercial buildings, there is an on‐going quest for new materials which will result in highly efficient, ultra lightweight, and low‐cost devices.

In recent years, alternative materials have been proposed to replace the steel sheets of SREI with glass or carbon fiber. It was observed experimentally that fiber reinforcement adds significant frictional damping due to individual strands in the fiber bundle slipping against each other. However, their mechanical behavior requires further investigation before being implemented in existing and new structures safely.

An attractive alternative to use fibers to reinforce rubber is graphene. It is a one‐atom‐thick layer of carbon, and one of the thinnest and strongest materials, which is also mechanically flexible. The superior mechanical properties of graphene have already made this material a top candidate for various emerging applications, from flexible electronics to outstanding reinforcement in composites.

Many studies were conducted to determine the mechanical and electrical properties; however, there are only a few reports that incorporate graphene into elastomers. Maria Rosaria Marsico from the University of Exeter explained: “This multidisciplinary research is a successful example of collaboration between researchers with complementary scientific knowledges. Indeed, it requires a variety of skills and abilities, from material engineering to physics and structural dynamics.”

These results lay the foundation for expanding this research into a new generation of building‐protection devices. But only a material with optimal concentration of graphene would match the mechanical properties of a typical SREI, as well as being lighter and therefore easier to transport and install. The quest for future research is to determine the optimal quantity of graphene to be transferred homogenously on the rubber pad that would enhance its mechanical properties.

“This work shows a game changing augmented form of composite with application in major earthquake zones which has the true potential to reshape our cities by harvesting unique aspects of fundamental science, emerging materials and engineering,” Marsico concluded. “We are confident that our results will attract considerable attention by the wide scientific and industrial community working on composite functional materials.”