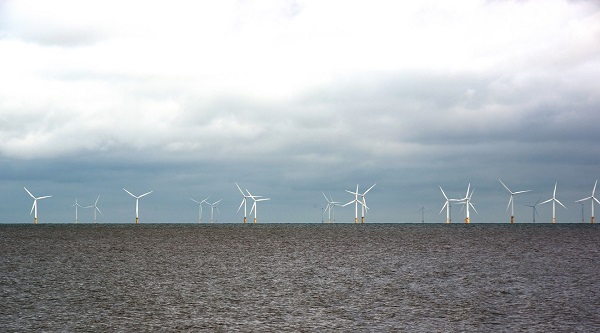 There are currently a large number of wind farms being built around the world as they are considered to be an essential part of the transition to renewable energy sources.

Many of these new wind farms are being constructed at sea, and are characterized by continuous wind conditions and high wind speeds. This provides large amounts of wind-energy, but also high loads for the wind mill’s components. Since erection, grid connection, and operation are significantly more expensive at sea than for wind farms on shore — especially at great distances from the coast and in high water depths — an accurate prediction of forces influencing the turbines, the lifetime, and the output is particularly crucial.

This is the main objective of Ph.D. student Laurent van den Bos and colleagues at the Centrum Wiskunde & Informatica (CWI), the national research institute for mathematics and computer science in the Netherlands. Laurent van den Bos, who is corresponding author of a study recently published in the journal Wind Energy, has developed new mathematical models that can speed up the calculations required to determine the lifetime and energy output of wind turbines at sea.

At present, calculations that make predictions about the durability of the turbines take a lot of time because massive amounts of data regarding different variables like wind speed and other weather conditions have to be processed and interpreted. Furthermore, the energy production of a wind turbine at sea is predicted with models that contain several uncertainties due to the unforeseeable nature of wind and waves. Therefore, current models are not known to be particularly reliable.

The Dutch researchers applied a novel approach based on “quadrature rules” instead of the conventional binning approach. Binning is a data pre-processing technique used to reduce the effects of minor observational errors. It is used to reduce the number of values of a given attribute and thus the amount of data. However, in the current situation, computational loads vary from smooth regular power production to extreme conditions, such as storms, therefore, simulations for the off-shore wind turbines must be evaluated a large number of times, which understandably produces a vast amount of data.

Quadrature was used to reduce the quantity of data to a manageable amount. The quadrature rule used in this work has the main advantage that it can be constructed directly using measurements of the environment. To show the efficiency of the new approach, the team evaluated the two methods using environmental parameters of real, offshore measurements in the North Sea, and compared them with a 5-MW reference turbine. Both quadrature and binning approaches have been applied to a simplified load case and a full load case, for which it was demonstrated that the accuracy of the quadrature rule is comparable with that of binning, but with the added benefit of significantly less calculating operations, resulting in lower computing costs.

According to the team, their future goals aim to extend the numerical integration framework to other load scenarios, e.g., fatigue load cases with more uncertain parameters where the benefit of using a quadrature rule is even larger. Van den Bos says: “In this way, the uncertainty involved in the construction of new wind farms can be assessed more accurately.”

With these models, designers can create wind turbine designs in which uncertainties are taken into account in a structured way, giving a more reliable prediction of the service life of an offshore wind turbine. This in turn makes risk assessments for financing future offshore wind farms more precise, and consequently lowers the cost of renewable energy.