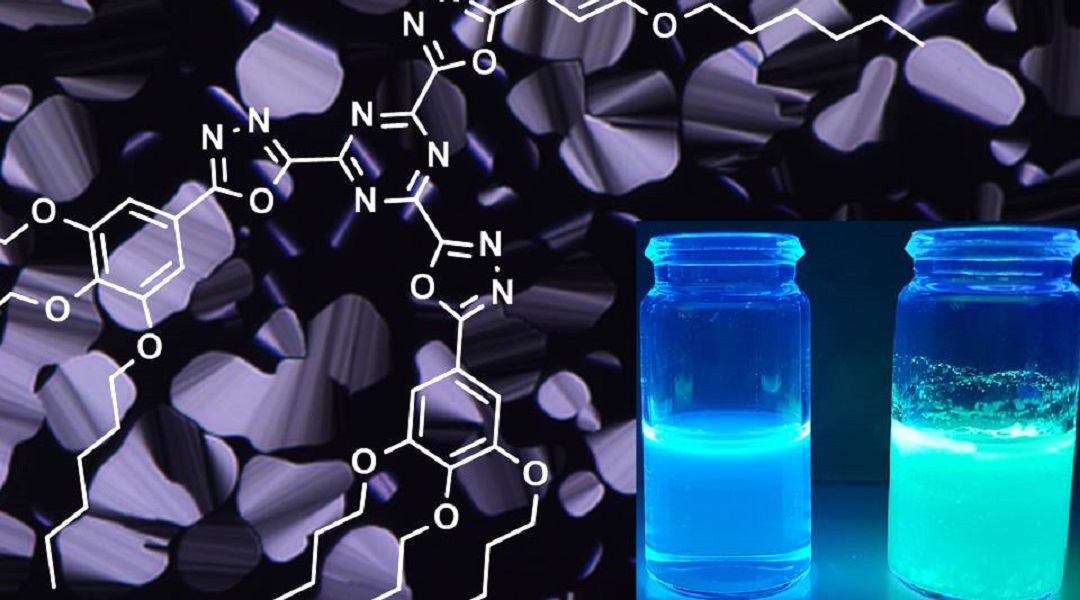 There are three classical states of aggregation—solid, liquid, and gas—but in-between states exist. For example, neighboring molecules in liquid crystals are aligned as in regular crystal grids, but the material is still liquid. A well-known application of liquid crystals is liquid-crystal displays (LCDs), which are used for screens of televisions, smartphones, and calculators.

Researchers at the Institute of Organic Chemistry at Johannes Gutenberg University Mainz have synthesized novel liquid crystals, so-called “discotic liquid crystals” (DLC), and analyzed the synthesis along with the thermal, optical, and luminescent properties of these compounds. Cooling the new liquid crystalline materials slowly, the molecules align in a self-assembly process to form columns. One unique aspect of these these columns is their ability to conduct electrical energy along their whole length.

Usually, electron holes in metals or other crystal lattices enable charges to move through cables. However, the new molecules actually conduct electrons. An additional advantage of a liquid crystalline power cable is that if it ruptures, the rupture will completely heal on its own.

Although liquid crystals are the key component in LCDs, DLC technology is only in its infancy. The study results have already attracted the attention of other experts, as the German scientists have identified a particularly interesting effect exhibited by their synthesized molecules.

The development of new materials for electronic and opto‐electronic devices is a highly active research field with extraordinary potential. We can be curious about what technologies DLCs will bring us in the future.