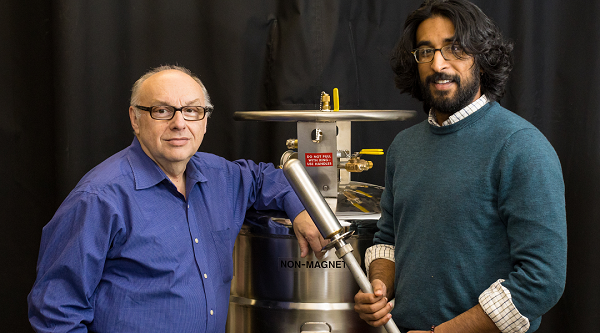 Quantum computers may well change the future of electronics and beyond. Again, and again we hear about breakthroughs, further developments and exciting successes. Just recently, Google reported that it had succeeded in building a computer with quantum supremacy. But what is a computer worth without the appropriate storage medium?

Now scientists at the Department of Energy’s Oak Ridge National Laboratory announced that they have created a novel cryogenic memory cell circuit design. This new memory cell is based on coupled arrays of Josephson junctions, which are integral in superconducting quantum computing as extremely fast switching elements.

According to the scientists, the new technology employs small, inductively coupled arrays of Josephson junctions which is a fundamentally different path that could lead to faster and more energy efficient memory devices. If successfully scaled, this type of cryogenic memory array could advance a variety of applications including quantum and exascale computing.

However, to make use of superconducting behavior, the cells have to operate in super cold conditions. Only at temperature close to absolute zero do atoms slow down and certain materials lose resistance to the flow of electricity, becoming superconductors. Superconductors have no resistance to electrical flow; thus, they lose an almost negligible amount of energy as heat.

The unique design allows all of the basic memory operations — read, write and reset — to be implemented on the same cell. This capability may help add stability while saving space and energy as the cell circuits are scaled into larger arrays, a step that has caused problems for existing technologies.

“When you scale these circuits, the instability that exists in these systems may hit a critical point”, said Niketh Nair, researcher at ORNL and author on the study who worked on the design. “Although the nonlinearity inherent to Josephson junctions is what allows us to use them for computation, the property also makes it difficult to know the behavior of a new design a-priori,” he adds.

According to Yehuda Braiman, research professor and the study’s principal investigator, designing the structure of the memory cell and the operational principles was the biggest challenge. “Due to nonlinearity of Josephson junctions circuits, a-priori design of memory cell logics required comprehensive theoretical and computational work prior to fabrication and testing,” he explains.

To confirm the viability of their new design, the ORNL team jointly tested the cell circuits with the superconducting technology company SeeQC. The scientists mounted four chips with slightly different specifications onto a cryogenic probe and immersed it into liquid helium to cool it to a temperature of 4 Kelvin.

They then sent electrical pulses from a room temperature computer to test the memory function of the cells. As they report, the tests of all four cell circuit designs demonstrated not only that the cells work, but also that they function robustly.

As a next step, the ORNL team will work to implement their cells in increasingly large arrays and test designs. “We have started work in that direction and currently testing some initial designs that may have a potential of designing and fabricating very large individually addressable memory cell arrays,” Yehuda Braiman says. Niketh Nair already has another goal in mind: “The eventual goal is to use these cells in solving the problem of memory storage in cryogenic computing.”