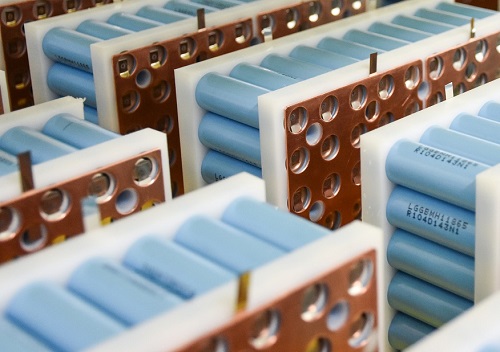 In the case of mechanical damage to a battery pack in an e-car, a high current initially flows through the affected region and the temperature rises locally. In conventional battery solutions, the cell is affected directly, with its material expanding rapidly, which could lead to explosions and battery fires.

Now, the Swiss battery system manufacturer ecovolta reports that with its new battery packs, the temperature rises only locally at the cell junction in the case of mechanical damage. This junction then melts, separating the damaged cell from the intact components. The rest of the pack remains functional – only its capacity sinks as the capacity of the separated cell is lost, as indicated by comprehensive laboratory trials.

The new safety concept is incorporated in all ecovolta traction batteries, as the company told. This allows for capacities ranging from 10 Wh to several hundred kWh and voltages of 12–600 V as well as any desired battery shape.