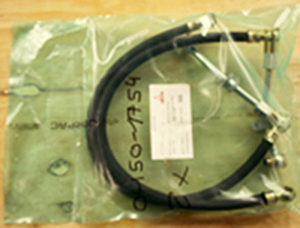 The gas phase forms a protection layer on the metal surface preventing the access of water and oxygen. It is problematic though that former commonly used VCI formulations contained secondary organic amines especially in combination with nitrosating compounds. This could lead to the formation of nitrosamines, which are partly carcinogenic. The health risk has lead to a dismissive attitude toward VCI.

A deeper insight into how the VCI content correlates with remaining corrosion protection could revive confidence in VCI packaging. The knowledge can be used to reduce the amount of VCI to the required limit and to predict the shelf life of a VCI packaging.

With the aim to regain trust in VCI technology, the Bundeswehr Research Institute for Materials, Germany, investigated two representative types of commercial VCI packaging materials. As examples the researchers took for their examinations a paper containing ethanol amine and a polyethylene foil containing sodium nitrite as main VCI ingredients.

They intended to find a correlation between the amount of the VCI active compounds and corrosion protection. For a variation of VCI concentration the packaging material was thermally treated. The amount of VCI remaining was determined after this accelerated desorption. Additionally a nitrite-free polyethylene foil was impregnated with various amounts of sodium nitrite.

As the results show, the examined VCI packaging materials do not pose a risk of forming nitrosamines. The materials have to be regarded as not critical with respect to a carcinogenic potential. Within the study a significant reduction of sodium nitrite could be realized still providing a sufficient corrosion protection. The researchers concluded that there is no need to sacrifice an efficient and elegant packaging technique any longer.

Additionally, the German researchers proposed a cheap and easy method to indicate the corrosion protection remaining in a VCI packaging. A color change reaction of the VCI active compound as the basis of indication was proven to be appropriate.