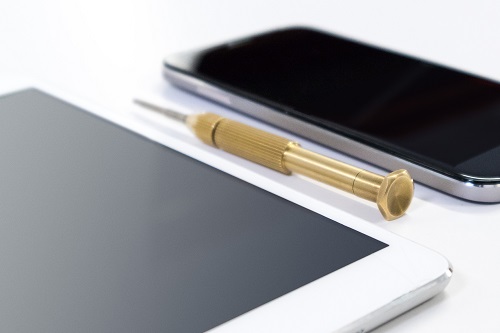 The professional refurbishing of a single smartphone saves 14 kg of primary resources and 58 kg of greenhouse gas emissions. This was the conclusion reached by the Fraunhofer Institute for Environmental, Safety and Energy Technology (UMSICHT) in a study project that was commissioned by Interseroh.

In the study project, the researchers confirm the positive environmental impact of the reconditioning and reuse of IT devices compared with buying a new product. In addition to smartphones, the scientists also examined tablets. According to the results, the one-off reconditioning of a single tablet saves a total of 58 kg of primary resources and also reduces the emissions of climate-damaging gases by 139 kg. Since no details on device composition were available from many manufacturers, the experts at the Fraunhofer largely used data from the company Apple for their study.

Last year, in Germany alone, consumers purchased approximately 24 million smartphones and 6.6 million tablets. In addition to this, old devices are being replaced by new ones at increasingly short intervals. “If one considers the data calculated by Fraunhofer for all smartphones purchased in Germany last year – regardless of the brand – it is possible to calculate that their refurbishing alone is able to save some 1.4 million tonnes of greenhouse gas emissions. That is equivalent to the annual emissions from a city 125,000 inhabitants,” explains Jan Höschel, Head of Business Center ReUse at Interseroh. “For our customers, the refurbishing constitutes a very affordable solution. Its positive impact on both our climate and resources is huge.”

The Fraunhofer scientists previously analysed the environmental impact of the reuse of PCs and notebooks in the year 2017. If the results of both study projects are combined, in the year 2017, the savings due to IT refurbishment Interseroh amounted to more than 11,500 tonnes of primary resources and some 7,000 tonnes of greenhouse gases. Such a saving of harmful greenhouse gases is equivalent to the annual emissions from about 4,200 passenger cars. The experts’ survey was based on the assumption that new and reconditioned smartphones and tablets are used for two years, while PCs and notebooks are used for three and a half years.

“The reuse of IT devices leads to a reduction in the use of resources and contributes to the protection of the climate,” explained Dr. Markus Hiebel, Departmental Director of Sustainability and Resources Management at the Fraunhofer UMSICHT. “Our survey demonstrates the importance of the targeted extension of product lifecycles along the path to achieving an efficient loop economy.”