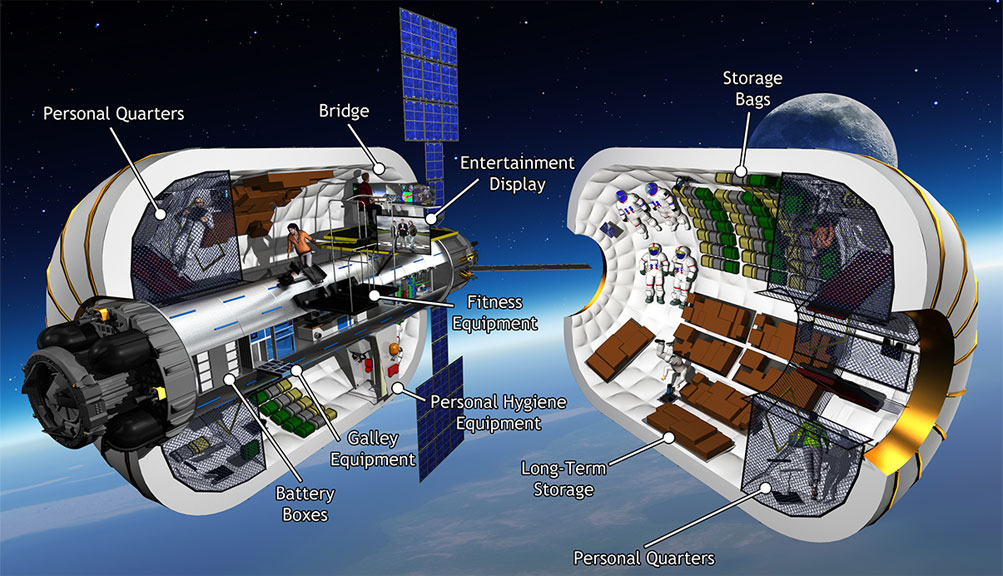 The two companies Bigelow Aerospace (BA) and United Launch Alliance (ULA) have announced they are partnering to develop and deploy habitable volumes in low earth orbit (LEO). The volumes will be based on the Bigelow Aerospace B330 expandable module with the initial launch to orbit in 2020 on ULA’s rocket Atlas V 552 configuration launch vehicle.

The B330 will have 330 m³ of internal space. The craft will support zero-gravity research including scientific missions and manufacturing processes. Beyond its industrial and scientific purposes, however, the companies see its potential for space tourism and for missions to the moon and Mars.

“We are exploring options for the location of the initial B330 including discussions with NASA on the possibility of attaching it to the International Space Station ISS,” said Robert Bigelow, founder and president of Bigelow Aerospace. “In that configuration, the B330 will enlarge the station’s volume by 30 % and function as a multipurpose testbed in support of NASA’s exploration goals as well as provide significant commercial opportunities.”

“When looking for a vehicle to launch our large, unique spacecraft, ULA provides a heritage of solid mission success, schedule certainty and a cost effective solution,” continued Robert Bigelow.

Transportation to the B330 will be provided by NASA’s commercial crew providers, whether the station is free flying or attached to the ISS. The traffic to just one module will more than double the number of crew flights per year predicting the two US companies.

“We could not be more pleased than to partner with Bigelow Aerospace and reserve a launch slot on our manifest for this revolutionary mission,” said Tory Bruno, ULA president and CEO. “This innovative and game-changing advance will dramatically increase opportunities for space research in fields like materials, medicine and biology.”

Development of Bigelow’s B330 is underway as is the integration of the B330 to the Atlas V rocket. The companies are working together to develop the business construct, commercial product offerings and marketing plans. Once the habitat is proven, perhaps additional B330’s will be deployed to other locations, even the moon and Mars.