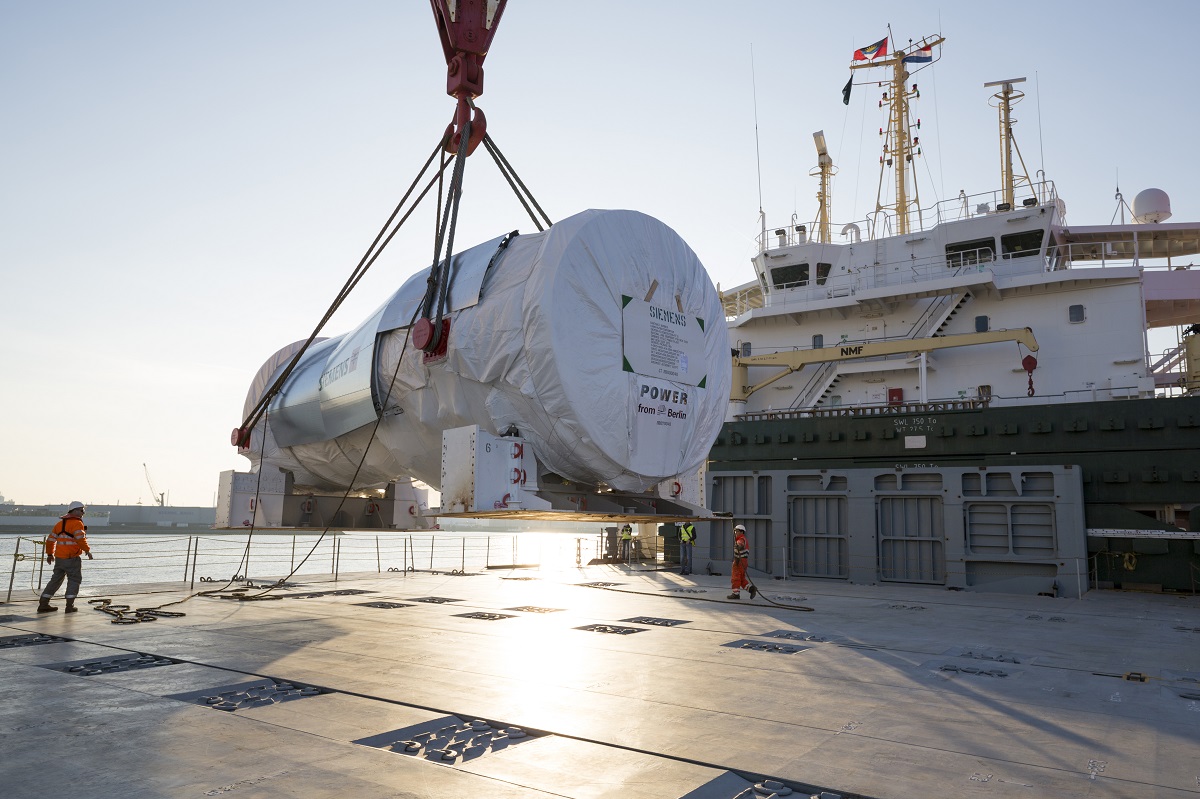 The first steam turbine for the Egypt Megaproject began its journey from the Siemens factory in Muelheim to the power plant Beni Suef in Egypt. The main components of the 670-ton cargo will be lifted with a heavy-duty crane from the production hall onto a transport vessel standing by at the plant’s inland harbor facilities. The vessel will transport the SST-5000 steam turbine from Muelheim to the deep-water port of Antwerp where it will be loaded onto a heavy cargo ship and transported to Egypt.

The steam turbine will arrive at Beni Suef in January 2017. After its installation, the waste heat from a gas turbine will be used to produce steam that will then drive the steam turbine, thus increasing the overall power output and efficiency of the power plant. In total, Siemens will deliver twelve SST-5000 steam turbines for the Egyptian power plants Beni Suef, Burullus and New Capital. All of these steam turbines will be manufactured at the Siemens factory in Muelheim, Germany.