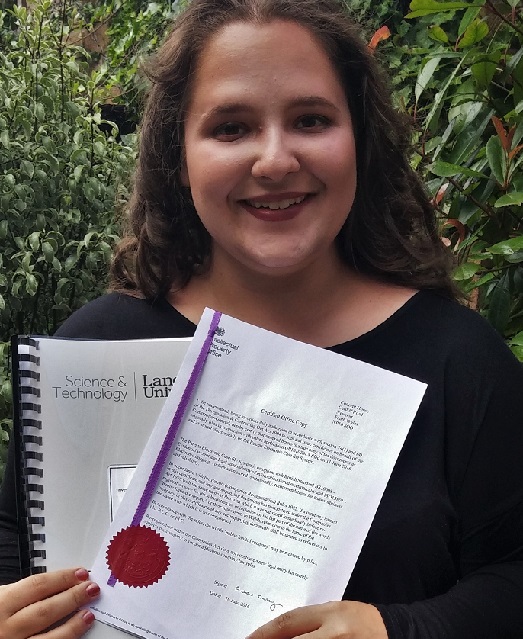 It has been estimated that the energy storage market in the US alone will be worth $200-600 billion in the next 10 years. While most research and development efforts have been focused on improving battery technologies, a Lancaster student believes a mechanical solution could provide the answer.

Abigail Carson, 21, who has completed her third year studying Mechanical Engineering at Lancaster, has created a superfast design for a Flywheel Energy Store (FES). The design, which was a self-proposed project, could have a wide number of uses, most notably for the storage of electricity generated by renewable sources such as wind turbines or solar panels.

“The global energy crisis is the biggest and most urgent problem that needs addressing,” said Abigail. “The Flywheel Energy Store can be used for a vast range of applications – most significantly in providing energy security and independence for everyone globally, but also including eliminating waste in power networks, pumping water to villages and allowing for cleaner cooking and heating in developing countries, instant charging of electric vehicles, and off-grid energy storage.”

The FES retains energy kinetically in a levitated floating mass. The rotor, which can be made from composites such as carbon fibre, is permanently levitated as opposed to electromagnetically, not requiring additional control mechanisms and so does not need maintenance or user input. A smart telemetry set (monitoring equipment) would be included.

From simulations and calculations, the power rating of the FES can be tailored and has the potential to reach the substantial MegaWatt range. Although with the initial aim of rotating at 100,000 rpm, Abigail Carson’s figures show her design can easily rotate at 144,000 rpm without any adjustment – this is massively more powerful and quicker than most existing designs, which can spin at around 60,000 rpm.

Abigail’s design is a unit around the size of a football, which is ideal for domestic uses. However, the potential can be scaled up to industrial applications through a stacking approach – using many units together on the same network to provide a bigger energy store. Using multiple individual units means that if one was affected, the whole system would not need shutting down – a key advantage on some huge single unit systems.

Abigail Carson has a patent pending for the design and is currently seeking investment opportunities to implement the FES.