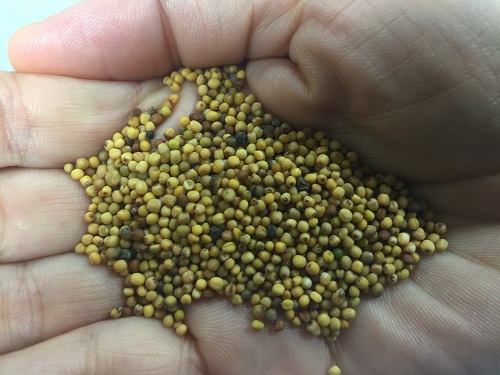 The flight was part of the partnership announced in 2017 which will also see the companies work with Australian farmers to grow the country’s first commercial aviation biofuel seed crop by 2020. Qantas International CEO Alison Webster said it was fitting that the airline’s game-changing Dreamliner 787-9 will showcase the future of sustainable aviation.

“The Qantas Dreamliner marks an exciting new era of innovation and travel. The aircraft is more fuel efficient and generates fewer greenhouse emissions than similarly sized-aircraft and today’s flight will see a further reduction on this route. Our partnership with Agrisoma marks a big step in the development of a renewable jetfuel industry in Australia – it is a project we are really proud to be part of as we look at ways to reduce carbon emissions across our operations,” Alison Webster explained.

Across its lifecycle, using Carinata-derived biofuel can reduce carbon emissions by 80 % compared to traditional jet fuel. The 10 % biofuel blend used on today’s flight will therefore see a 7 % reduction in emissions on this route compared to normal operations.

Carinita requires no specialised production or processing techniques. It is water efficient and The University of Queensland field trials in Gatton, Queensland, and in Bordertown, South Australia, have demonstrated it should do very well in the Australian climate.

“Biojet fuel made from Carinata delivers both oil for biofuel and protein for animal nutrition while also enhancing the soil its grown in. We are excited about the potential of the crop in Australia and look forward to working with local farmers and Qantas to develop a clean energy source for the local aviation industry.”